News about current and future exhibitions known to us will be added here.

An exhibition of Buckinghamshire clocks is being held at Tingewick parish church (Buckinghamshire) on Saturday 22 September 2018 from 11.00 am to 6.00 pm.

The exhibition will include longcase clocks, lantern clocks, pocket watches and a number of turret clocks. Among the more unusual items being exhibited are the ledgers (daily work books) of James Hollingshead of Olney dating from the early 19th century.

Entrance fee is £6.00, refreshments will be available throughout the day, and all proceeds are going to Tingewick parish church. 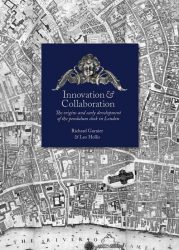 This, the first major central London exhibition of early English pendulum clocks for nearly 50 years, will feature more than 100 “Golden age” clocks by the Fromanteel and Knibb families, Thomas Tompion, Edward East and many other London Makers.

Salon QP, showing  the latest creations by international wristwatch manufacturers is being held at the Saatchi Gallery, Duke of York’s HQ, King’s Road, London for 3 days in November.

The event includes some of the latest wristwatch creations, the pinnacle of Haute Horologerie, from the worlds leading makers, including the new Montblanc Metamorphosis II and the Tag Heuer V4 Tourbillon.

The exhibition has been organised by well known author David Severs who has written two books on Northallerton’s clockmakers and also books on the clockmakers of Bedale, Stokesley and Ripon. We have copies of all the books in stock – go to the website and type   Severs   into the search box.

On display at the exhibition will be forty-four clocks and watches made or sold in Northallerton between 1750 and 1900 by fourteen different makers. They will include twenty-eight long-case (grandfather) clocks, thirteen of them brass-dial clocks by Hugh Pannell.

The exhibition is being held in aid of the Friarage Hospital scanner appeal and will be open 10am to 4pm, Mondays to Saturdays, from 29 September 2014 to 22 October 2014. Admission is free but donations to the charity will be much appreciated.

To mark the 300th anniversary of the passing of the Longitude Act in July 1714, this landmark exhibition tells the extraordinary story of the race to determine longitude (east-west position) at sea, helping to solve the problem of navigation and saving seafarers from terrible fates including shipwreck and starvation. 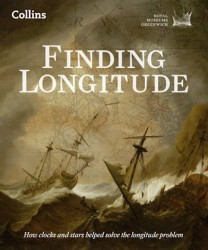 A book has been published to coincide with the exhibition and tells the story of the quest for longitude, one of the greatest achievements of the Georgian age.

We have copies of the book in stock – go to our website and enter higgitt in the search box.

To celebrate the work of this great Leeds company, Leeds Industrial Museum at Armley Mills is exhibiting the Potts family’s private collection of clocks to the public for the very first time. The Potts of Leeds – Clocks of Character exhibition opens on Saturday 5th October 2013 and runs until Sunday 28th September 2014. 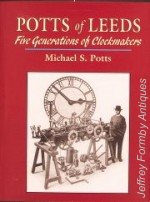 Over five generations, the Potts family produced some 1,600 public clocks for towns all over Britain and across the world.

A family member, Michael Potts, has written an excellent book on his ancestors clockmaking activities which will be of interest to all enthusiasts, especially those interested in turret clocks. We have copies of the book in stock, go to our website and type Potts into the search box.